My Journey Through Life Part 2 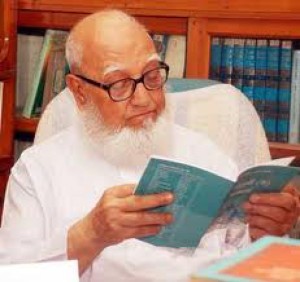 Our beloved Prophet (PBUH) said, “If one’s deeds pull them behind, their family cannot bring them forward”. This proves that there is nothing to be proud of in one’s family background; the most important things here are faith and actions. There have been disbelievers in prophets’ families, and prophets have been born in families of disbelievers. However, family background can be significant if there is a combination of good family and good character.

All people are the children of Adam (PBUH)1. Some people are revered by others due to possessing certain praiseworthy qualities and characteristics. The fame of these people spreads everywhere and their children enjoy the respect of society for being their descendants. This is how a family attains high status. Yet, if someone within that family is detested as a person, then they cannot escape simply by evoking the blood of that family. There is no harm if the children from a good family are respected when they are able to retain the family status by developing a high moral character and maintaining the positive traditions of their ancestors. In fact, it can only be positive if one is inspired by the admirable deeds of one’s ancestors; but without this, just being proud for being born in a noble family is harmful and meaningless. This is the context in which I intend to write about my family.

There is no written history of my family, but I can trace back up to five generations having heard it from my father and grandfather. My father was Mawlana2 Ghulam Kabir; his father was Mawlana Abdus Subhan; who was the son of Sheikh Shahabuddin Munshi; whose father was Sheikh Bakhtiar, who was the son of Sheikh Taki. Sheikh Taki probably first began to live in the village of Birgaon beside the river Meghna, but there is no record of where he came from. The earlier generations used ‘Sheikh’ with their names, but as my grandfather didn’t use it, our family no longer uses this title.

I heard from my grandfather that there were seven generations before him where there was only one surviving son in each generation. He had a younger brother who died before getting married. After completing his education, my grandfather was married into an illustrious Syed3 family, and after his wedding, before leaving for Hajj4, his father Sheikh Shahabuddin Munshi told him, “I will pray to Allah at His Holy House that He blesses you with four sons so that our family increases in number. I want to spend the rest of my life beside Allah’s House and do not intend to return”.

He experienced a beautiful death as he passed away the following year during his second Hajj while at Arafah5. My grandfather has had the greatest influence over me and I enjoyed the opportunity of spending a lot of time with him until his death when I was 14. Although I never saw my great grandfather, I felt strongly for him from the stories I heard about him; he used to plead to Allah that his descendants followed the true path of Islam.

My father was the eldest among my grandfather’s five sons and one daughter. I was my father’s first son and the eldest of the generation. My grandfather was the first noted scholar of the Nabinagar sub-district. He was a teacher of the famous Mohsania Madrassah in Dhaka (Later, Islamic Intermediate College, now Kobi Nazrul Government College) after graduating from the same institution. When my great grandfather passed away, people in our village demanded that they should receive a similar service from my grandfather in spreading Islamic learning. Therefore, he accepted a job as the Marriage Registrar of Nabinagar and relocated to the area before retiring at 65 and spending the rest of his life in the village.

People from far away used to come to visit my grandfather to learn about Islam, and he would teach them with utmost sincerity. He spent very few nights at home as he used to stay at a cottage he built beside a mango orchard at the northern border of our village, and would come home only during the day. When I came home during summer holidays, until I was in Class 6, I used to study by the mango orchard along with my younger brother and my youngest uncle where we would also enjoy the mangoes. There were seven or eight large mango trees in the garden and the thickest and strangest one was planted by my great grandfather while the rest were sowed by my grandfather. I developed my passion for gardening from my grandfather, with whom I once worked to cut some older trees and plant new ones. Later, I learned a lot about gardening from my father in Chandina6.

As their eldest grandchild, I was very close to my grandparents. My father spent six days in Nabinagar, so I saw him very little. My younger brother, Ghulam Muazzam, and I would sleep with our grandmother whilst my grandfather would never have his meals without me. As far as I can recollect, my grandfather was my best friend who would often call me towards him and teach me many good things. This strong bond with him once led to a problem. On that occasion, my grandfather accompanied my mother, my siblings and I to Dhaka. When he was about to return to the village, he told me, “My dear, won’t you go with me? How can I stay at home without you?” I rushed to my mother and said, “Please give me my clothes. I want to go home with grandfather”. My mother was surprised and attempted to discourage me, but I was adamant and emotional, so I went back with my grandfather. However, immediately after returning home, I began to yearn for my mother and siblings and would cry for them, though I refrained from expressing this emotion in front of my grandparents. I still remember that I used to go to an isolated place and cry for them.

My grandfather’s death was my first experience of witnessing someone in their death bed. It was Ramadan in December or January 1936. I was home as my madrassah7 was closed. When not studying, I spent most of my time with my grandfather, who had no major illness other than old age complications. He had been suffering from loose bowel motion and was getting weaker day by day. He realised that he wouldn’t live much longer, so he would ask whoever came to see him to pray for him saying, “Please pray so that the angel who comes to take my life does it with ease and causes me less discomfort”.

The day he passed away, my grandmother, one of my uncles and I were sitting next to him. He did tayammum8 and completed his morning prayers while lying on his bed. When my grandmother stood to pray after he finished, he spoke loudly: “Please go to pray after bidding me farewell as the angel is coming now”. We looked at him with astonishment. My grandmother approached him and said, “How can you leave now? Your only daughter will be devastated if she can’t see you!” My grandfather then said, “It is painful for me to wait”. My aunt came at 10am on a palanquin9 and we were astounded to see how better he looked after seeing his beloved daughter. The father and daughter spent a long time chatting and later that day he looked much healthier, whereas he had been ready to leave this world that very morning.

Following the evening prayer, my aunt brought him a cup of milk. He drank the milk from his daughter sitting on his bed and requested us to lay him down after that. He had my grandmother and my aunt on one side and my uncle and me on the other. We began talking cheerfully when seeing him in a better condition. After a few minutes, he asked us to slide him towards right. Thereafter, he put his right hand under his right cheek and said, “Don’t talk now and let me sleep”. We observed that his lips were moving slowly and his fingers were counting, and gradually the counting stopped. We thought he had fallen asleep. After 15-20 minutes, my grandmother checked, couldn’t find a pulse and found that he had stopped breathing. Everyone realised that he had passed away.

I had never heard about such a death, which further increased my love towards my grandfather. I have strong conviction that he was very dear to Allah. His memories have continued to influence me since then. I have tried my best to follow his advice at all times and feel contented that I have been able to do so. I can’t describe how much his advice has helped me in my life, which makes me pray for him even more. Before his death, my grandfather called my eldest uncle and dictated his will in which he decided to give me a portion of his land. My uncle looked after that land while he was alive and later I got earnings from that land. This is how I continued to receive my grandfather’s love long after his death, and I remember to pray for my grandfather whenever I pray for my parents.

I remember fondly the qualities of my father, grandfather and great grandfather who have influenced me greatly and make me realise the importance of my family background. That is why I try my best to inspire my juniors in my grandfather’s dynasty towards practising Islam.

1 Peace Be Upon Him

4 Muslim Pilgrimage to Makkah, one of five pillars of Islam

6 A city in the district of Comilla where the author’s father was employed.

8 Ablution before prayer using clean dust as substitute for water. This is used in the absence of water or in times of illness.

9 A covered seat or sedan chair carried on poles by two or more men.