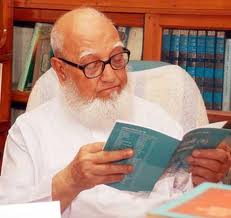 The first thing I decided to do after joining Jamaat-e-Islami is resign from my responsibilities in both Tablighi Jamaat and Tamaddun Majlish. It was a struggle leading the Rangpur branch of two organisations at the same time, but I had felt it necessary as I was compelled to be involved in both the organisations to fulfil my Islamic responsibilities. When I found the combination of both in Jamaat-e-Islami, I thought it was proper to leave both the organisations and concentrate on the new path I had chosen to pursue.

I was given the responsibility of opening new branches in Rangpur and soon two branches became active – one in the city and the other in my college campus. Mr Abdul Khaleque, who inspired me to join Jamaat, came to Rangpur a few days later and was very happy to know of the speed of the work. In the first meeting of the college unit, Mr Khaleque’s speech about understanding the Qur’an was very inspiring. My previous efforts to have an in-depth understanding of the Qur’an by reading the English translation by Yusuf Ali and the Bangla translation by Ali Hassan were not very successful, but Mr Khaleque made me believe that it was possible for me to make an in-depth study of the Qur’an without knowing Arabic. I couldn’t know what others felt, but Mr Khaleque’s speech was a milestone in my efforts to understand the Qur’an. The summary of that speech is given below:

Even an expert in the Arabic language will struggle to understand the Qur’an properly as a book. To understand the Qur’an one has to first understand what responsibilities, as a Prophet, were entrusted upon the person to whom it was revealed. The Prophet’s (PBUH) main responsibility was to guide humanity towards peace in this world and salvation in the hereafter by establishing the only pure, perfect and balanced way of life in every sphere of society. The Prophet’s life in his last 23 years was the practical example of this responsibility. Angel Jibrael (May Allah be pleased with him) would come at different stages of the Prophet’s life and reveal verses from the Qur’an, which were later compiled as the whole Qur’an consisting of 30 parts. Therefore, whatever the Prophet said and did are the practical explanations of the Qur’an. It is not at all possible for one to understand the verses of the Qur’an by just mastering the Arabic language, separating them from the history of the Islamic movement that the Prophet led, from receiving the first revelation in the mountain of Hera until his death at the age of 63. The Qur’an is the guide book for the Islamic movement and it is completely impossible to understand it by separating it from the movement. Only those who follow the footsteps of the Prophet in striving to establish Allah’s Deen can internalise the essence of the Qur’anic message, because they can relate their own issues to the ones the Prophet faced, and to the solutions Allah provided for them in the Qur’an. They will feel that the Qur’an was revealed for them.

I had the opportunity to listen to his explanations of the Qur’an for three consecutive weeks, which completely blew me away, particularly the process of trying to understand the Qur’an. I was wondering where he learned his amazing system. When asked, his simple answer was that it was not to his credit as he got everything from Tafhimul Qur’an by Mawlana Mawdudi. When I heard that it was available only in Urdu, I decided to learn the language to have access to the treasures hidden in it. I had learned Urdu while working with Tablighi Jamaat, but I knew that would not be enough to understand Tafhimul Qur’an. I made an agreement with Professor Mahfuzur Rahman of the Urdu department that he would teach me Urdu and I would help him learn Bangla.

Mr Khaleque had told me to first read and internalise the introduction. The language seemed quite difficult initially and I had to ask for the meaning of a number of words from my Urdu mentor. By that time I got completely absorbed into learning the language, and my Arabic background helped me a great deal as many Urdu words have been borrowed from Arabic. It took me a while to grasp the introduction of Tafhimul Qur’an, but once it was done, I developed the technique of how to approach studying the Qur’an. Later, I wrote a book called Qur’an Bujha Shohoj (Easy understanding of the Qur’an) on the basis of the introduction in order to provide tips for the common people to understand the Holy book. I feel that the sin I had committed by stopping the study of the Qur’an can be slightly compensated through this small effort.

The Pleasure of Learning a Language

After a few months’ effort I started feeling that I had achieved some command over the Urdu language. It is not possible to describe the pleasure of learning a language. I felt even more encouraged when I heard that almost all the important books in Arabic on Islam had been translated into Urdu, so a well-rounded knowledge about Islam was possible to achieve.

I found learning Arabic much more difficult than Urdu and realised that I would need much more effort to learn Arabic than I had to give for Urdu. I regret that I could not achieve a full command over the Arabic language. I wasn’t able to give more time for this, being too busy with the work of the Islamic movement. There was an opportunity to learn Arabic during my exile life from 1972 to 1978, but I was engulfed in too many problems and I was not able to concentrate on this task. I am having to leave this world with this feeling of guilt.

I continued to study the Tafhimul Qur’an with deep satisfaction and within six months I developed tremendous love for Mawlana Mawdudi. He was then serving life imprisonment having been relieved from the death sentence. I sometimes became so emotional while reading that I would interrupt my reading only to pray for him. The dua for him was spontaneous particularly when I was able to understand the proper meanings of some verses that I had not been able to grasp before.

When I returned to Rangpur after the winter holidays in 1955, I found some Urdu books sent to my address from Delhi and Karachi. I started reading them with curiosity and found that all the books contained fatwas against Mawlana Mawdudi and Jamaat-e-Islami. I realised that these books had been sent to me by the efforts of my respected Tablighi leader the President of Tablighi Jamaat in the then East Pakistan Mawlana Abdul Aziz; otherwise no one in those places would know my name and address in Rangpur. I felt that he loved me so much that he was desperate to ‘save’ me from the ‘wrong’ path. He sincerely believed that Jamaat-e-Islami was worse than the Qadianis (the Ahmadiya community).

I felt worried when I saw the names of those who gave the fatwa, which included some of those whom I considered major scholars in Islam. I don’t know how I would have reacted had I not been already passionate about Mawlana Mawdudi. I didn’t accept the fatwas simply because they were major scholars, but decided to go deep into the issues they raised. I first read the fatwas thoroughly and then started reading all the books that the fatwas referred to. I must admit that because of the fatwas I read so many books of Mawlana Mawdudi in a year that I wouldn’t have otherwise. It certainly made me wiser about many things and enabled me to know many different aspects of Islam I had not known before. The summary of my conclusions on the criticisms are below:

Reading these books helped me in the following ways: